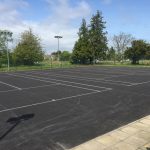 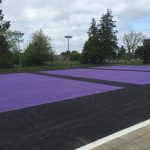 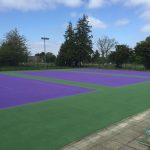 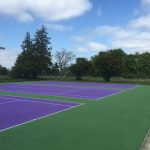 ColourWorks were sub-contracted by DOE to carry out the colour coating and lining for the Club.

The Wimbledon Purple we use was developed initially by our paint supplier – Everlac Sports Coatings to paint the courts at Andy Murray’s Cromlix House Hotel in 2014.